Nominate Your Project For This Prestigious Award

As the upstream oil and gas industry moves towards increasingly complex and capital intensive projects, conventional practices must be challenged. It is critical that lessons are shared from successfully integrated project that embody excellence.

The IPTC Excellence in Project Integration Award recognises completed projects of USD 500 million or more, that add value to the industry by exemplifying the characteristics below:

The finalists and winner will be recognised at the Opening Ceremony on Monday, 21 February 2022. Each finalist will also present the details of their project and answer audience questions in a special 90-minute session during the conference.

The project completion date should be between 21 March 2016 to 21 August 2021 i.e. first or incremental gas or oil production should have been achieved in the past 5 years and six months from the conference date.

Send us a one-page abstract explaining how your nominated project addresses the following award criteria: 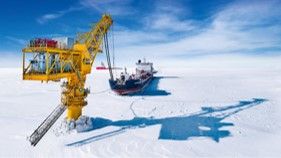 The Novoportovskoye oil and gas condensate field is one of the first hydrocarbon fields discovered on the Yamal Peninsula. The fact that Novoportovskoye contains significant oil and gas reserves was proven back in 1964, yet the absence of transport infrastructure as well as the complex geology have long remained insurmountable obstacles to start developing it on a full-field basis.

Since 2012, the project operator has been a Gazprom Neft subsidiary (Gazpromneft Yamal LLC).

After the Arctic Gate offshore terminal was put into operation, oil transportation is year-round. To service the project, CPY has created its own tanker fleet. Oil is delivered to consumers via the Northern Sea Route by tankers escorted by icebreakers.

The field moved into full-field development in 2016. Currently, the field is being actively drilled and is reaching its peak oil production. 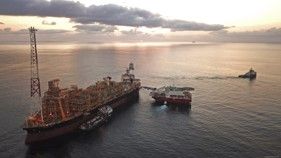 Kaombo in Angola’s Block 32 is a striking achievement, pushing ultra-deep offshore developments to new limits to tackle huge challenges such as widely dispersed and complex reservoirs, distance from the coast and water depth.

The development comprises six fields and nine reservoirs, three of which are subsalt, lying in a water depth of up to 1,950 meters. The subsea production system spans a vast area of 800 square kilometers, making it the largest in Angola and one of the biggest in the world, with 59 wells, nearly 300 kilometers of subsea lines, and two 85,000-ton FPSOs that will produce a combined 230,000 barrels of oil per day.

But Kaombo is also, and above all, an example of unprecedented project management capabilities and contractor relationships, two assets that can make or break a project. These strengths made it possible to overcome the twin challenges of collapsing oil prices and execution-related obstacles. 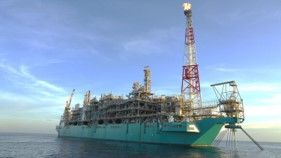 PETRONAS Floating Liquefied Natural Gas SATU (PFLNG SATU), the first FLNG facility to have begun operations in the world, has made inroads into uncharted waters through integration of technologies all aboard one vessel.

PFLNG SATU is a modular offshore facility to liquefy, produce, store, and offload LNG. The all-embracing vessel can be moored above remote and marginal natural gas fields, which used to be onerous, uneconomical to tap for production. PFLNG SATU consists of 22 modular systems, designed to produce 1.2 MTPA of LNG with a storage capacity of 177,000 m3, and to last more than 20 years.

This game-changer continues to unlock Malaysia’s gas reserves that are increasingly found in far-off sea and smaller in size. This opens up new opportunities for the oil and gas fraternity, as well as countries the world over.  Pivoted on PETRONAS’ spirit of ensuring sustainability, this ground-breaking energy solution extends the frontiers of natural gas to bring cleaner, affordable fuel to the people.